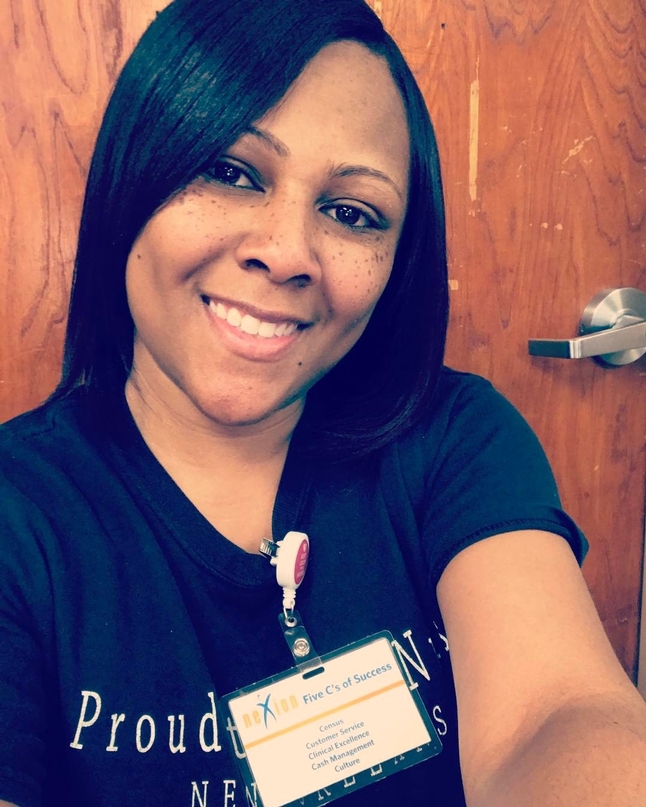 Je’Rell King is a mother of three who experienced adversity while being a single mother, and college student.  She and her children witnessed the death of her son’s father in 2010, and in 2016 her 2-year-old daughter suffered a stroke.  These life-changing events took her on a nine-year rollercoaster ride of chasing her degree. Born and raised in Shreveport, Louisiana, Je’Rell graduated from Captain Shreve High School in 2006 with a 4.0 GPA.  A few years later, dreams of becoming a nurse lead her to Southern University at Shreveport. Following the start of prerequisites in 2009, the father of her son was murdered in her home.  Je’Rell and two of her children witnessed the shooting.

In the aftermath of the tragedy, she took a break from school for a couple of years. Once refocused, Je’Rell began prerequisites for nursing at SUSLA for the second time. In 2013, she applied for RN clinicals and was denied.  She then applied for phlebotomy and was accepted.  However, a conversation with a family member reminded her that the dream was not to become a phlebotomist, it was to become a nurse. Afterwards, in 2015, she applied for LPN school at SUSLA with a renewed focus and graduated a year later. The path to becoming a nurse seemed clear until another tragedy struck.  Je’Rell’s 2-year old daughter endured a stroke and lost function in her left extremities.

As Ms. King shifted all her attention to the recovery of her daughter, college was once again put on hold until the fall of 2017.  She entered nursing school that year and became the first person to graduate from college in 2018 on the maternal side of her family. She is currently working as a respiratory nurse at a local nursing & rehabilitation center. Although Je’Rell King was on and off campus over several years, her overall experience at Southern University Shreveport was great.  She gives credit to those in the program who helped her become the professional nurse she is today.   I’m definitely glad that I went to Southern University at Shreveport!  I compare myself to other nurses in the field, and I notice that things they had to wait to learn, I already knew.  The instructors made sure I was prepared for everything,” stated Je’Rell.